I have included a you tube video below which shows what each app can do.

https://itunes.apple.com/us/app/virtual-manipulatives%21/id471341079?mt=8.  Virtual Manipulative is a FREE app which has been produced by ABCya.com. This apps deals with fractions, percentages and decimals. It allows you to drag

fractions and then draw over them. There is a screen shot of the app on the right. You are able to use circles and also tiles to represent the fractions. This app is great as it is open ended so it can be used in a variety of different ways. It also allows you to save the work to the camera roll so you can check it

https://itunes.apple.com/us/app/fraction-circles/id432573171?mt=8 .  Fraction Circles is another FREE app brought to you bu HoodaMath.com. This app allows is more game based than the one above. It has three games fractions factory, pickup fractions and free play. Fractions factory can be a little confusing so I would only use the other two games. The children are required to match up the circles using the pieces which are represented as fractions. There could be a tendency for the children to just keep pasting so it may be worth getting them to write down eg/ 1/2+1/2=1 or 1/2+1/4+ 1/4=1. It does give a good visual of how fractions work.

https://itunes.apple.com/au/app/pizza-fractions-1/id374084320?mt=8 Pizza Fractions is another  Free app and as the name suggests you need to make pizzas using fractions. This would be a good follow up to a hands on activity such as making pizzas and cutting them up into 1/2, 1/4, 1/8 etc. This is a very basic and simple app. You also have the ability to get pizza fraction 2 & 3 which cost .99c each 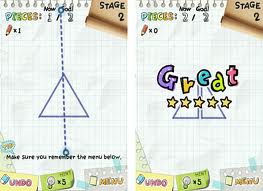 fraction game, but you could use it for fractions. The game draws a shape and you are required to slice it into that many parts eg 1/3.  It actually gets quite difficult.

It has music which you may like to turn off, it is an interesting game and I think the kids would love it.

Consider Doodle Buddy app where you could get the kids to draw their own fractions. Children could create a fraction story and then use an app such as 30hands or story creator to then create and narrate their story. Example: One day their was a little shape and his name was 1/4 he felt as though part of him was missing he did not feel whole. So one fine morning he went out looking for a friend. Along the way he met a red man whose name was 1/2. When 1/2 and 1/4 stood together they did not make a whole they only made 3/4, so 1/4 kept walking……… etc

Use imotion to create a slow motion movie to show how parts come together to make a whole.

Below is an overview of the four fraction apps